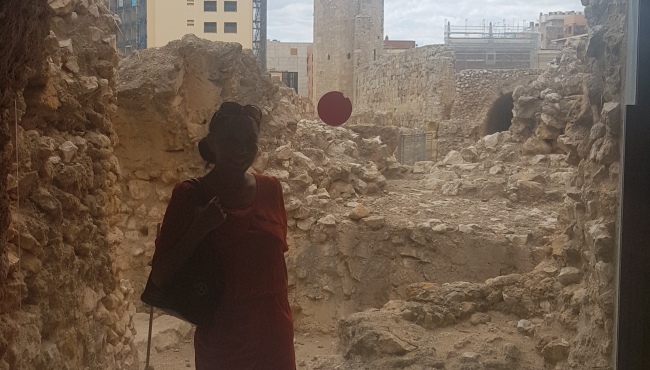 For those interested, I managed to film some clips of my time in Salou and Tarragona over a period of 48 hours.

*Disclosure: This post may contain affiliate links, meaning, I get a commission if you decide to make a purchase through my links, at no cost to you. Please read my Disclosure page for more info.*

Disclaimer: Prices may vary depending on your party size and the time of the year you plan to travel. All details are based on my own experiences, please do not take all details at face value.

On the first night, I stayed at the Hotel Best Cap Salou. My one night stay cost £34 which included breakfast, although I didn’t have to pay for this as Onethebeach.com foot the bill due to the hotel mix up. I thought it was a very reasonably priced hotel especially due to its location and the facilities it has to offer. It’s located in a tourist area, however, it’s not a hustle and bustle area, in fact, you will be guaranteed tranquillity as it’s set right on the sea. That being said, there are also good bus links in the area with bus information workers directing you in the correct direction, to the Salou Centre etc.

The second hotel was the salou Pacific (my original hotel booked).

This hotel is a cheap budget hotel. I tend not to stay in the 4 and 5-star hotels as frequent travel will be costly unless of course, you have millions in the bank, which I don’t! Also, I do not like the idea of staying in a hostel, not that there is anything wrong with its just personal preference. I like my privacy.

The hotel cost me €109 for a whole 7day stay!! It was well located, had all the facilities I needed and most importantly was clean. What more could I ask for? Oh, wait! Free-Wifi which isn’t available, but nonetheless everything else was absolutely fine.

The hotel does not offer a cleaning service it’s basically like just renting an apartment. I actually preferred this! There was no bother of having to think about the housekeepers coming in. I brought my own cleaning products for €4.50 and kept up with the cleaning myself. Some people prefer not to have to do anything on holiday, but I clean up even when there is a service of housekeeping so it made no difference to me.

Deposit and rules on leaving

There is a €50 per person deposit on arrival this is given back on check out after a quick inspection.

To get your deposit back you are required to clean the apartment. By this, I mean to ensure the kitchen area is cleaned, wash the dishes put them away and wipe the sides down. You do not have to spring clean it as it will be cleaned after you leave, you just need to tidy it as you found it.

You also need to take your rubbish out to the bins, which are directly across the street. (Do not leave any rubbish whatsoever).

Do all this and you get your deposit back 🙂

The hotel is in a fantastic location with excellent links to Cambrils, Tarragona, Barcelona and is only a 15- 20-minute walk from the promenade (or bus it and get there in 5minutes). I would highly recommend this hotel for the budget traveller. 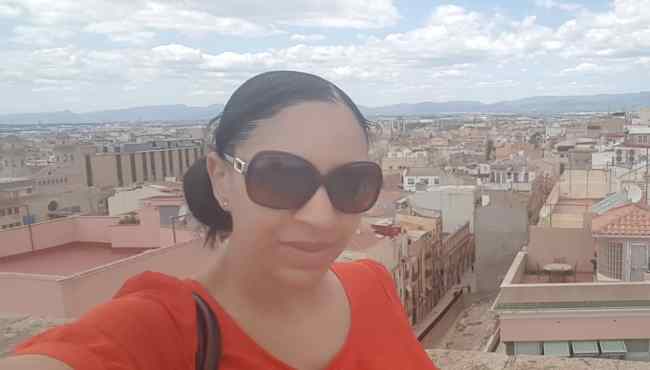 Tarragona is a port city situated in north-east Spain on the Costa Daurada Although, it only sits 100 km to the south of Barcelona, It is by far less known. It’s full of well-preserved medieval and roman charms and is listed as a world heritage site by UNESCO.

*Disclosure: This post may contain affiliate links, meaning, I get a commission if you decide to make a purchase through my links, at no cost to you. Please read my Disclosure page for more info.*

The majority of tourists visit Barcelona and the more popular locations such as Madrid, Seville and Valencia. It’s surprising how many people have never heard of Tarragona here in the UK, especially since it is located only 11 km from Salou, the hugely popular British tourist destination.

Now I have to admit, I had never heard of it myself until I was searching for a city to visit on my 6th day in Salou. I come across it on trip advisor and was completely blown away by the pictures and reviews.

I got off the bus at Tarragona bus station, google maps directed me to turn right and to walk straight ahead.

After 5 minutes of walking, I arrived at the beautiful port.

I was then lead slightly to the left off the port to this bridge.

I could see the views of the Amphitheatre as I walked further along the bridge.

This Roman amphitheatre built approximately in the 2nd century sits on the coast just of Rambla Nova. Initially, it was used for battles of the gladiators and fighting and hunting of animals. Later on, it was used for undertaking executions of people who were sentenced to death.

Directly across the road from the amphitheatre was the Circ Roma (Roman Circus). Circ Roma is the underground open-air ruins of the 1st century where horses and buggy racing took place.

Admission is €3.30, free for children under the age of 16 years. €1.70 for groups of over 25 people, pensioners, students and one parent families.

Inside is spectacular! Full of dark underground tunnels. I didn’t get as many pictures as I would have liked but here are a few.

I made my way up the building, stopping to admire the contents inside until I reached the rooftop. The views from the rooftop were stunning!!

A 10-minute walk from here is the Roman walls and the cathedral.

The cathedral is a Roman Catholic Church from the late 11th century and was declared a monument in 1905. The architecture inside is truly astonishing!

I found a little people square surrounded by shops and cafes where I stopped to refuel. It was the perfect place for people watching and taking in a bit of the culture, as many locals seemed to be here with their dogs.

After here I wandered into the centre and browsed through the shops, whilst also wandering down the side streets.

I was entirely fascinated by this little cosmopolitan city, it completely took me by surprise! There were lots of little hidden gems everywhere! I could go on and on but then this blog would be far too long. I would highly recommend visiting this place, it’s especially worth visiting if you’re in Salou, Barcelona or any of the other nearby destinations.

“WE ARE A PARTICIPANT IN THE AMAZON SERVICES LLC ASSOCIATES PROGRAM, AN AFFILIATE ADVERTISING PROGRAM DESIGNED TO PROVIDE A MEANS FOR US TO EARN FEES BY LINKING TO AMAZON.COM AND AFFILIATED SITES.” (please go to Disclaimer and Privacy page for more information is needed)

WE ARE A PARTICIPANT IN THE AMAZON SERVICES LLC ASSOCIATES PROGRAM, AN AFFILIATE ADVERTISING PROGRAM DESIGNED TO PROVIDE A MEANS FOR US TO EARN FEES BY LINKING TO AMAZON.COM AND AFFILIATED SITES.